How Do Spider Misting Systems Work? 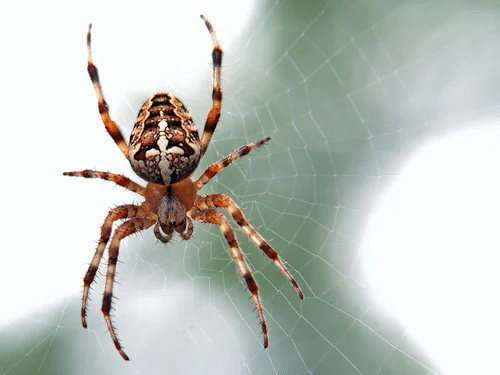 Mosquito misting solutions are a staple in environments where mosquitoes run rampant. But did you know that misting systems can also help rid your home or property of other annoying insects and pests such as spiders? If you’re considering a misting system to help with a spider problem, it’s great to know that mosquito-based solutions can do much of the heavy lifting, even if mosquitoes are the last thing on your mind.

While we all know how mosquitoes can turn a relaxing day outside into an annoying battle against these pests, spiders can be just as bad. But wondering how to get rid of spiders and sending them on their way are two different things.

The good news is that misting systems allow you to treat spiders on your property like unwanted guests and banish them from the areas that you and your family love to spend time in.

What makes spiders a nuisance

Unlike mosquitoes that fly around and jump from one person or damp area to another, spiders love to hole up in all the nooks, crannies, and cracks across your property. Worse yet they spin webs that represent a constant cleaning need, and they largely go undetected until a person or pet stumbles into one of their sticky and annoying webs.

Not only are spiders nuisance to clean up after, they can give a painful or even poisonous bite. Across the united states there are a variety of very venomous spiders. Varieties of black widows, recluse spiders, and others mean that spiders are not only annoying and creepy, but they can be dangerous, particularly to small children.
Around lakes and rivers spiders are even more of a nuisance, especially on docks, boats, and nearbystructures. Left long enough without action, you could end up with a spider infestation serious enough to be facing a costly cleanup effort or even repairs.

Why spiders are hard to control Because they reproduce in large numbers — just one single egg sac can bring hundreds of young spiders to your property — a spider infestation is a big deal. Looking up how to get rid of spiders may give you some tips, but spider management is mostly a preemptive activity.

Spiders tend to take hold in quiet, undisturbed areas, multiplying and establishing their stronghold until they’re detected by humans, which means that by the time you see them, you’re already behind the curve.

Unlike mosquitoes that can be killed with  insecticides that leave a residual, spiders don’t have the right circulatory system to touch the residual active ingredient and carry it into their bodies. For this reason, a barrier treatment won’t do the trick — for the best spider control you need to directly target pesky spiders around your property.

How to get rid of spiders with misting

By targeting the exact areas where spiders exist, mosquito misting systems can do more than just protect your residence from the annoyance of mosquitoes. Misting for spider control doesn’t rely on the indirect contact that other pesticides or insecticides require — instead, the mist permeates the targeted area, entering the spiders’ internal organs and circulatory system, poisoning them and making your property’s areas an inhospitable place for spiders and all their friends.

With remote capabilities, a spider misting system can be activated whenever you need a little extra assistance in your battle against spiders. By misting at times when spiders are most active, as well as the continuity of daily misting, you’ll be sending a clear message to infesting spiders that this is not a safe space for them.

In due time, you’ll notice that spiders will stop using your home or property as a nesting or breeding ground, and that means less spider cleanup and fewer spider interactions all year round.

As opposed to mosquito misting where nozzles are oriented for coverage in common areas, getting rid of spiders with misting operates under a slightly different approach. By placing nozzles along eaves and near nooks and crannies where spiders nest and spend most of their time, spider misting systems are installed to specifically target spiders.

Spider misting systems also tend to run more frequently for shorter bursts of time than mosquito misting systems (4-5 cycles a day for just 30 seconds each) and are commonly run at dawn and dusk (similar to mosquitoes) as well as during the night, to catch the spiders when they’re more active.

Hire a MistAway Dealer for your spider control problem

For maximum effectiveness in fighting a spider infestation, a MistAway dealer will install misting nozzles in precise locations designed to kill the most spiders. Each property has its unique needs — go with the experience and know-how of a MistAway dealer to get consistent and reliable operation of your spider misting system.